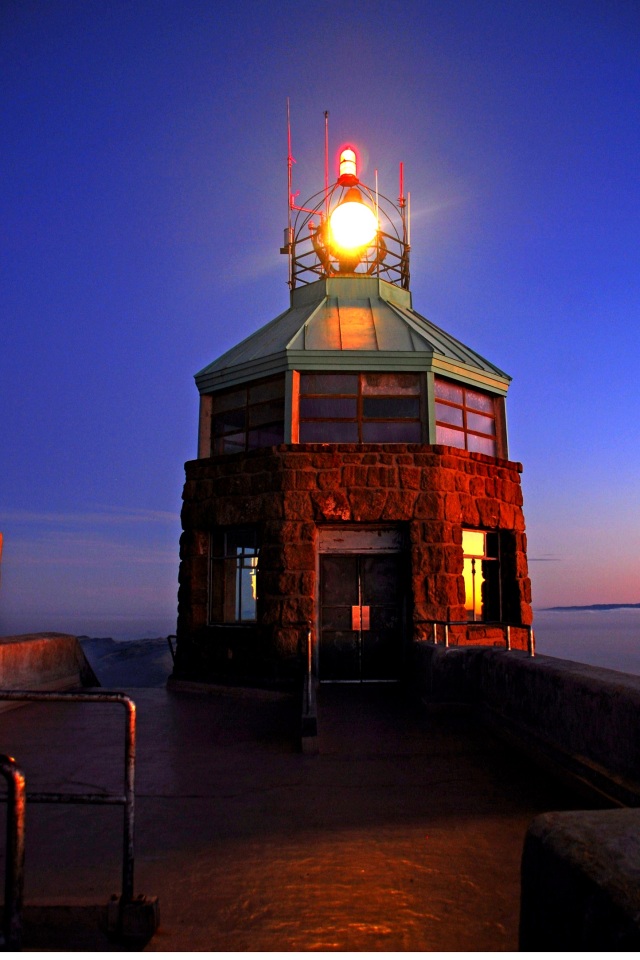 On Wednesday evening this week, Mount Diablo’s beacon will be relit as a tribute to those individuals that lost their lives at Pearl Harbor December 7th, 1941.
The Beacon was originally lit by Charles Lindbergh in 1928 to assist in the early days of commercial aviation.  Immediately following the attack on Pearl Harbor in 1941, a West Coast “blackout” was ordered and the beacon was extinguished.  It was not relit until December 7, 1964, when Fleet Admiral Chester Nimitz, Commander in Chief of Pacific Forces during World War II, attended a ceremony on Mount Diablo’s summit in commemoration of the survivors of Pearl Harbor.  He suggested it be lit every December 7th to honor those who served and sacrificed.  Since then, each year the Pearl Harbor survivors and their families have memorialized this day by relighting the historic beacon atop Mount Diablo’s summit to shine all night long.

As the crow flies, it is 50 miles from the intersection of Wilton and Dillard Roads to the peak of Mt Diablo.  If you’re in Wilton, Wednesday evening, and the sky is clear, take a short drive southwest on Dillard Rd past Walmort and watch dead-ahead for the red and white flash of the beacon.

Thanks to WHG member Terry Alchorn for the notice of this event.

This entry was posted in Uncategorized. Bookmark the permalink.

This site uses Akismet to reduce spam. Learn how your comment data is processed.